Should The Voting Age Be Lowered To 18 Years Of Age?

1997 marked the 25th anniversary of the first presidential election in which 18 year olds in the United States of America could vote. Culminating years of struggle to expand the franchise, the twenty-sixth amendment was finally ratified with the accession of Ohio on June 30, 1971. However, New Jersey was one of the states which failed to ratify the twenty-sixth amendment in the 1960s. 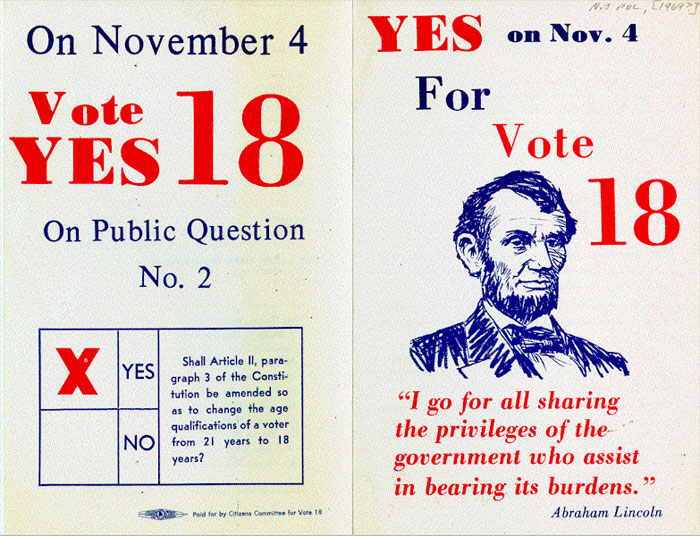