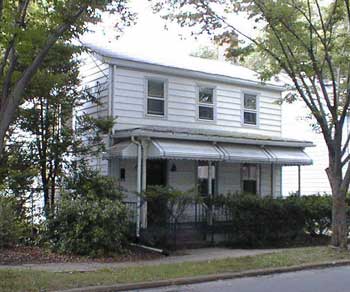 Paul Robeson was born in Princeton, New Jersey on April 9, 1898. He was the fifth and youngest child of Rev. William D. Robeson, a former escaped slave, and the former Maria Lousia Bustill. He lived in Princeton until 1907 when his father moved to Westfield, New Jersey to become pastor of St. Luke's A.M.E. Zion Church. In 1910 the Robeson family moved to Somerville, New Jersey when the Rev. Robeson became pastor of St. Thomas A.M.E. Zion Church. Paul attended school in Somerville and graduated from Somerville High School in 1915. He attended Rutgers for the next four years. See the section of the site "Scholar Athlete" for information on his college years.