Examine the photographs and text excerpts provided here. Based upon this evidence and your study of U. S. history during the period 1865-1930, construct a response to this question.

How did Robeson's relationships with white students and faculty compare with the treatment of Afro-Americans by whites in the North during the period from 1880-1920? 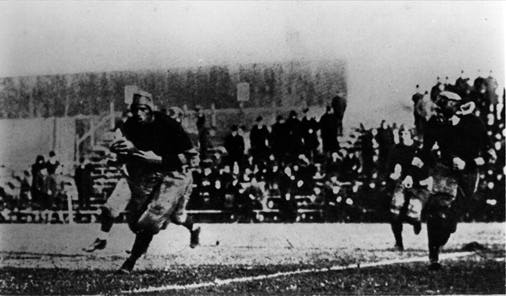 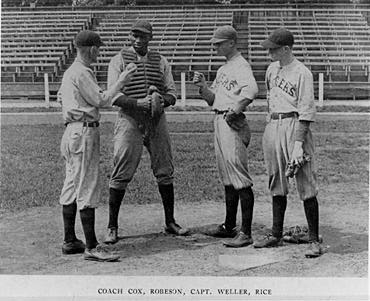 Varsity catcher Paul Robeson and members of the Rutgers baseball team. Robeson achieved one of his most cherished victories when Rutgers defeated Princeton in baseball, 5-1, on June 10, 1919. Photo courtesy of Rutgers Special Collections and University Archives. 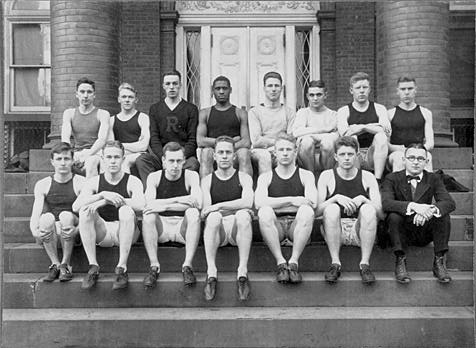 Beginning in his junior year, Paul Robeson competed on the Rutgers track team in the shot-put, discus and javelin. Photo courtesy of Rutgers Special Collections and University Archives.