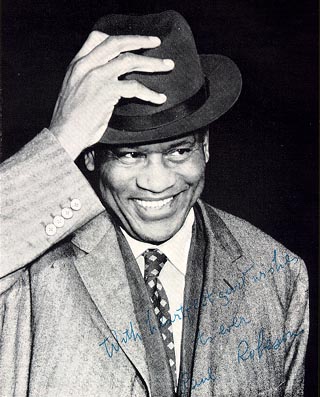 What images come to your mind when you read that word?

Perhaps someone who is outspoken, charismatic, or intelligent?

Paul Robeson was all of these things and more. He was perhaps the most famous performer during his time. His voice was honored and cheered not only in the United States, but in several countries world-wide.

Why then, isn't he more well known today?

You will soon discover that for a period of his life, that same famous voice was met with censorship and controversy.

Use the activities listed under "Activist" to uncover the controversy surrounding Paul Robeson and the various rights which were in conflict throughout his career.