The horrors of World War I poison gas attacks were still in the minds of those preparing civilian defense during the early phases of World War II. Although New Jersey would never be attacked, local authorities took the threats of a desperate enemy seriously. 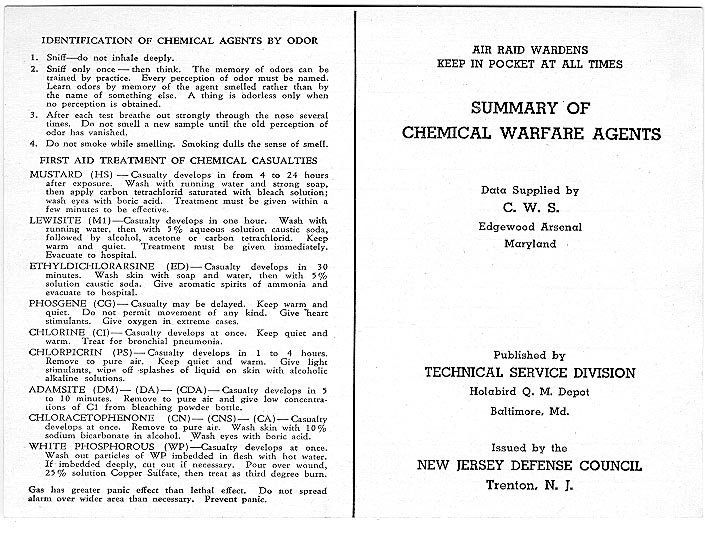 Here is a list of the known chemical warfare agents: 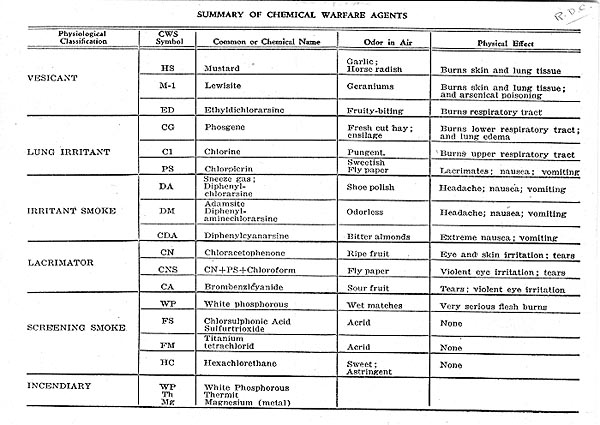 ‹ What to do in the event of an air raid? up Using Primary Resources ›