Some prior knowledge of immigration, and geography may be needed to complete this portion of the web exercise.

You have a lot of ideas in your head and you want to start developing them. You have enough money to begin working on your inventions anywhere in the United States. Before you begin searching for possible locations there are some things you need to take into consideration:

Now that you have thought about what you would need to begin working on your inventions read Alexander Hamiltonâ€™s paper, which was written in 1791, more than 50 years before the Industrial Revolution began. The paper details what characteristics he thinks are needed to foster manufacturing in the United States. As you are reading his paper think about the following:

III. As to the additional employment of classes of the community, not ordinarily engaged in the particular business.

This is not among the least valuable of the means, by which manufacturing institutions contribute to augment the general stock of industry and production. In places where those institutions prevail, besides the persons regularly engaged in them, they afford occasional and extra employment to industrious individuals and families, who are willing to devote the leisure resulting from the intermissions of their ordinary pursuits to collateral labours [labor], as a resource of multiplying their acquisitions or [their] enjoyments. The husbandman himself experiences a new source of profit and support from the encreased [increased] industry of his wife and daughters; invited and stimulated by the demands of the neighboring manufactories.

Besides this advantage of occasional employment to classes having different occupations, there is another of a nature allied to it [and] of a similar tendency. This is--the employment of persons who would otherwise be idle (and in many cases a burthen on the community), either from the byass [bias] of temper, habit, infirmity of body, or some other cause, indisposing, or disqualifying them for the toils of the Country. It is worthy of particular remark, that, in general, women and Children are rendered more useful and the latter more early useful by manufacturing establishments, than they would otherwise be. Of the number of persons employed in the Cotton Manufactories of Great Britain, it is computed that 4/7 nearly are women and children; of whom the greatest proportion are children and many of them of a very tender age.

And thus it appears to be one of the attributes to manufactures, and one of no small consequence, to give occasion to the exertion of a greater quantity of Industry, even by the same number of persons, where they happen to prevail, than would exist, if there were no such establishments.

IV. As to the promoting of emigration from foreign Countries.

Men reluctantly quit one course of occupation and livelihood for another, unless invited to it by very apparent and proximate advantages. Many, who would go from one country to another, if they had a prospect of continuing with more benefit the callings, to which they have been educated, will often not be tempted to change their situation, by the hope of doing better, in some other way. Manufacturers, who listening to the powerful invitations of a better price for their fabrics, or their labour [labor], of greater cheapness of provisions and raw materials, of an exemption from the chief part of the taxes burthens [burdens] and restraints, which they endure in the old world, of greater personal independence and consequence, under the operation of a more equal government, and of what is far more precious than mere religious toleration--a perfect equality of religious privileges; would probably flock from Europe to the United States to pursue their own trades or professions, if they were once made sensible of the advantages they would enjoy, and were inspired with an assurance of encouragement and employment, will, with difficulty, be induced to transplant themselves, with a view to becoming Cultivators of Land.

If it be true then, that it is the interest of the United States to open every possible [avenue to] emigration from abroad, it affords a weighty argument for the encouragement of manufactures; which for the reasons just assigned, will have the strongest tendency to multiply the inducements to it.

Here is perceived an important resource, not only for extending the population, and with it the useful and productive labour [labor] of the country, but likewise for the prosecution of manufactures, without deducting from the number of hands, which might otherwise be drawn to tillage; and even for the indemnification of Agriculture for such as might happen to be diverted from it. Many, whom Manufacturing views would induce to emigrate, would afterwards yield to the temptations, which the particular situation of this Country holds out to Agricultural pursuits. And while Agriculture would in other respects derive many signal and unmingled advantages, from the growth of manufactures, it is a problem whether it would gain or lose, as to the article of the number of persons employed in carrying it on.

V. As to the furnishing greater scope for the diversity of talents and dispositions, which discriminate men from each other.

This is a much more powerful mean of augmenting the fund of national Industry than may at first sight appear. It is a just observation, that minds of the strongest and most active powers for their proper objects fall below mediocrity and labour [labor] without effect, if confined to uncongenial pursuits. And it is thence to be inferred, that the results of human exertion may be immensely increased by diversifying its objects. When all the different kinds of industry obtain in a community, each individual can find his proper element, and can call into activity the whole vigour [vigor] of his nature. And the community is benefitted [benefited] by the services of its respective members, in the manner, in which each can serve it with most effect.

If there be anything in a remark often to be met with--namely that there is, in the genius of the people of this country, a peculiar aptitude for mechanic improvements, it would operate as a forcible reason for giving opportunities to the exercise of that species of talent by the propagation of manufactures.

VI. As to the affording a more ample and various field for enterprise.

This also is of greater consequence in the general scale of national exertion, than might perhaps on a superficial view be supposed, and has effects not altogether dissimilar from those of the circumstance last noticed. To cherish and stimulate the activity of the human mind, by multiplying the objects of enterprise, is not among the least considerable of the expedients, by which the wealth of a nation may be promoted. Even things in themselves not positively advantageous, sometimes become so, by their tendency to provoke exertion. Every new scene, which is opened to the busy nature of man to rouse and exert itself, is the addition of a new energy to the general stock of effort.

Using the maps found below, answer the following questions. 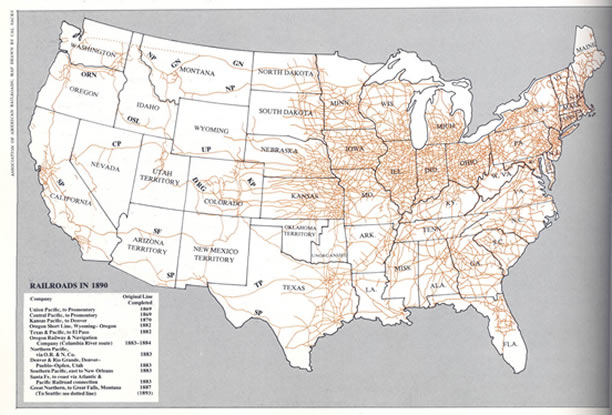 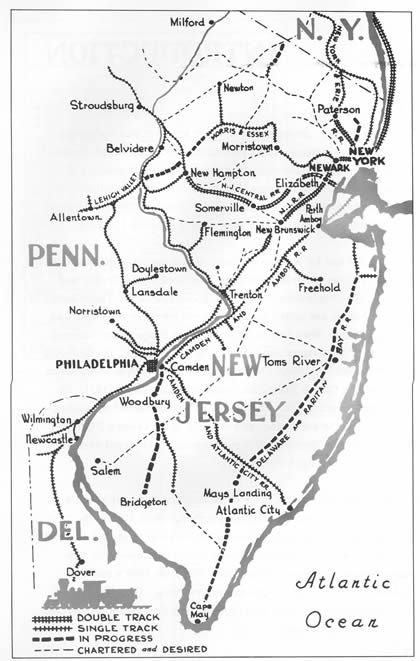 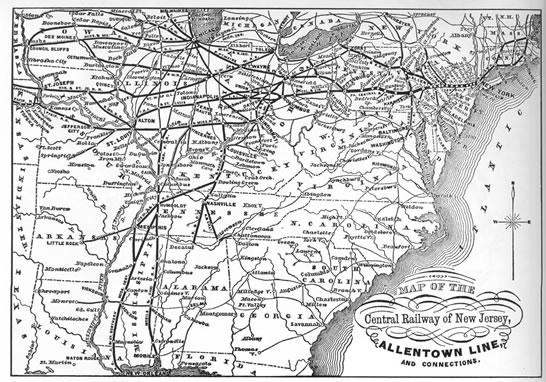 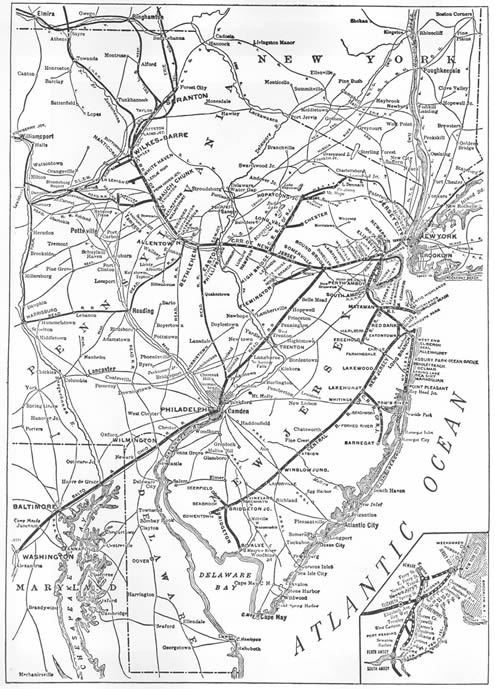 Using the maps and pictures found below answer the following questions.

Based on the pictures and maps of Newark, NJ, what conclusions can you draw about its geographic location and the availability of the resources that Alexander Hamilton and you thought would be necessary for manufacturing (population, geographic features, availability of labor, energy sources, and land) ? Analyze at least four documents using the criteria described at the following: https://www.loc.gov/teachers/ 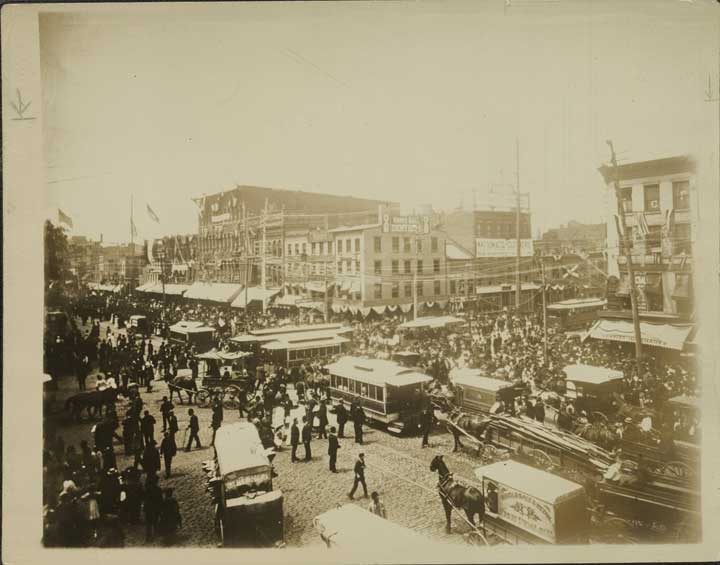 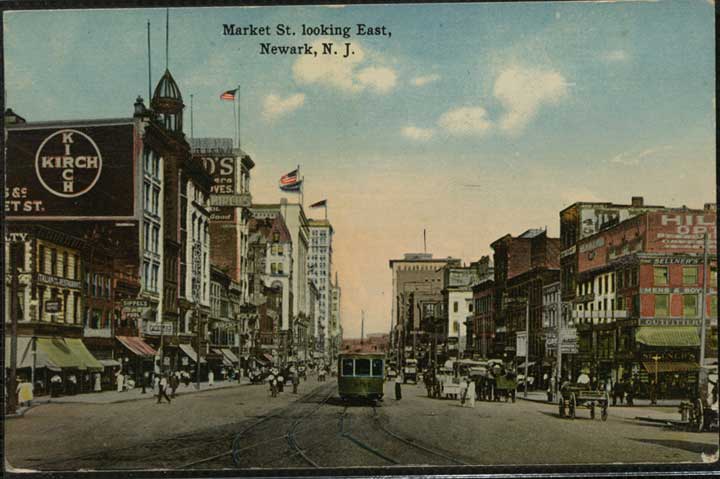 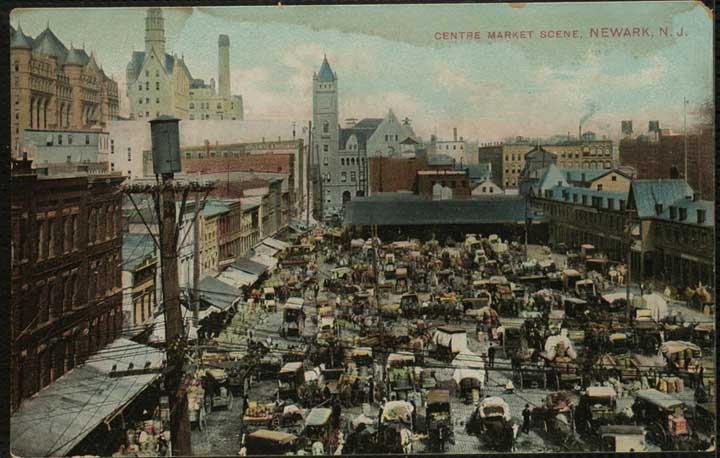 In order zoom in on the maps below of Newark click on the link to the right of each one. 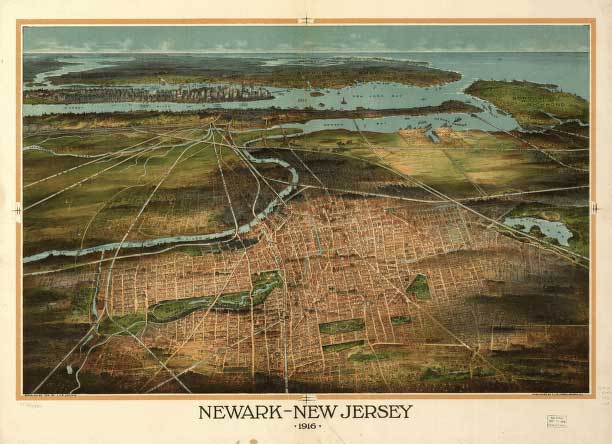 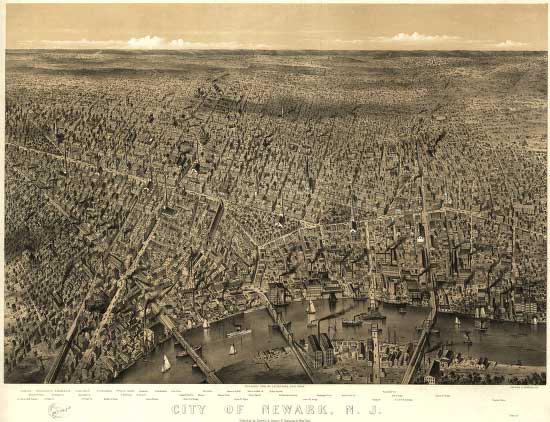 Upon reviewing all of the images of the United States, New Jersey and Newark and the research you have done on what is needed to create a manufacility facility, complete the following task.

Imagine you are a member of the New Jersey Committee of Business Development. You have been chosen to create a proposal, written to Thomas Edison, trying to persuade him to move his laboratories to New Jersey. Be sure to include all information you have gained from the preceding lesson.

You must reference the Alexander Hamilton reading, at least one of the Railroad maps, one of the pictures of Newark, and one of the maps of Newark from the Library of Congress web site.

Proposal must be at least one page.

‹ Thomas Edison and the Process of Invention up Inventions of Edison ›