During the Civil War, the United States divided itself into two distinct regions and waged war for over four years. Ironically, Americans found themselves fighting a war not against a foreign enemy but rather against their own countrymen. Friends and families sometimes became the enemy, while backyards became battlefields. Sectional differences divided the nation like no other time period in history. Churches, workplaces, newspapers, pamphlets, and taverns were some of the forums where Americans championed their beliefs in regards to states' rights, slavery and the Civil War.

As you read some of the excerpts from the time period, evaluate the arguments and ask yourself some of the following questions:

Map Exercise: Where were they divided?

Using the map, list the free states and slave states. Which five slave states did not join the southern cause? The red line divides the seceded (Confederate) states from the Union. 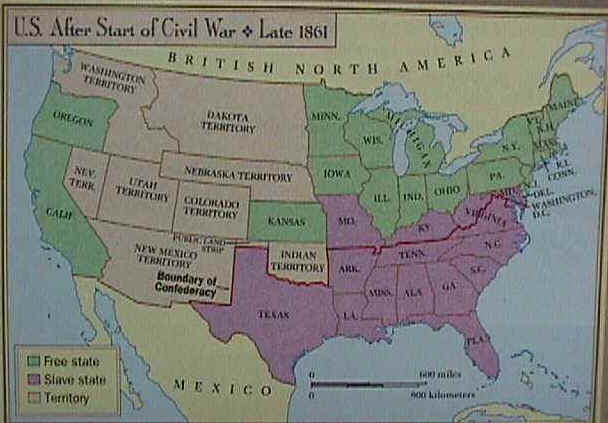