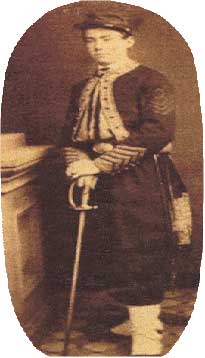 Ellis Hamilton, of Camden New Jersey, served in the 15th Regiment New Jersey Volunteers. He entered in 1862, was made a Captain in November 1863, and died on May 16, 1864 as a result of a gun shot while fighting in the Battle of the Wilderness. Ellis Hamilton became Captain at the young age of seventeen. He was nineteen years and seven months when he died. During his service in the Union Army, he wrote many letters home. These letters are primary source documents that include descriptions of army life, battles and their horrors, perceptions of Stonewall Jackson, and what it means to be a moral young man.